When the Zeal to Achieve More culminated in Touchdown to Glory! 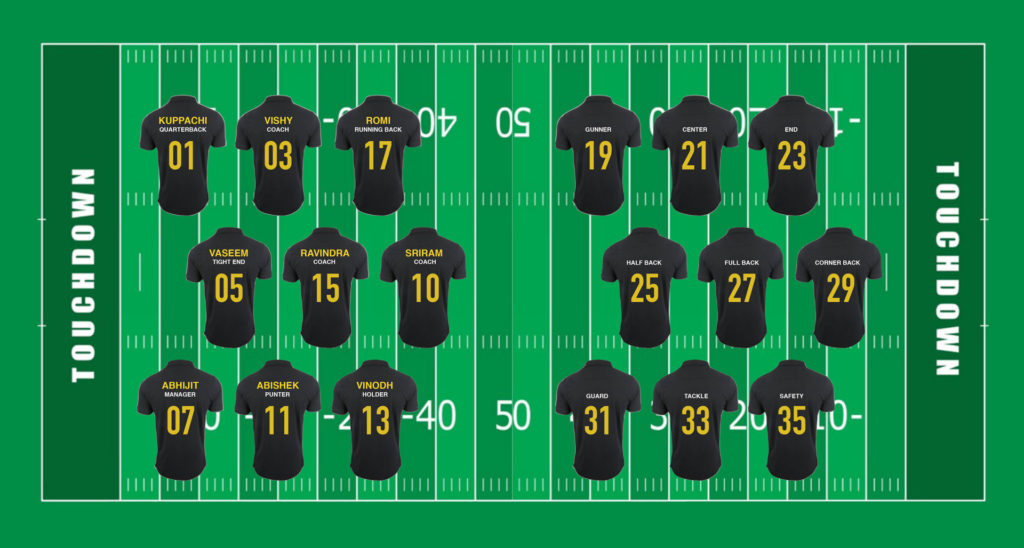 28-9 Read the score-line against the New England Patriots, at the end of the 3rd Quarter. Atlanta Falcons were leading the game with a huge 19-points margin and only 15 minutes of playtime was left. Winning from there seemed bleak for the Patriots. The home crowd for the Falcons were cheering them on, mad with jubilation and pumped up with vigour seeing their team performing so well. Nothing was going the Patriots’ way. At the beginning of 4th quarter, the stands gave a deafening cheer to the Falcons as the match continued. 9-28! Was there a comeback?

Stephen Gostskowski punched the ball forward scoring a crucial 3 points for the Patriots! The crowd’s chants went bleak for a short while but they went back up on their feet again. The game was still in the clutches of Falcons! The match continued.

At 6 minutes left for the game, Tom Brady brilliantly passed the ball to Amandola and TOUCHDOWN! Patriots reached 20-28. The crowd was still on their feet but with the excitement, a little trickle of sweat broke. The jubilation had turned in to anxiousness. The clock was ticking for the Patriots.

Two minutes to go..
One minute, thirty seconds to go..
This is when Tom Brady came into the fray, making a brilliant pass to J. White as four Falcons players surround White. He punched on scoring a touchdown and secured 6 points for the Patriots and earned a shot at 2 bonus points. The ball was in the hands of J. White who rushed up to the middle and, SCORE! Patriots equalled 28-28. The match tied at the end of 4th Quarter. Patriots secured 19 points in the last quarter. A truly astounding performance. But the match was anything but over!

One session remained. The decider. So, who was going to win?
Would it be the dominant Falcons?
Or would it be the resurgent Patriots!?
At the burst of the whistle, the Overtime began. 11 minutes to go and the ball came to Tom Brady who got tackled by the Falcons. The ball was collected by J. White who dashed in towards the line with 5 players of the Falcons closing in on him. He crashed through them to score the final point.

34-28!
Patriots had won! A stellar comeback!
We, at Zamstars, take inspiration from this. No matter how tough the going gets for the brand, we will always find a way back. What the Patriots displayed was their Zeal to Achieve more, synonymous to what we deliver for our Brands. Every Brand sees a phase of darkness, where victory seems impossible, however, there is always a way out.
The team of Zamstars is built on the true essence of the nature of this game.

At Zamstars, our core competency is defined by selecting a role and consistently keeping up to its demands. Regardless of the role undertaken, delivering to its fullest potential is the stepping stone to our success and a hallmark of our value addition.

A unique responsibility defines the position of each player of the game. Equal contribution and utmost dedication is the ingredient of a good team; a philosophy well emulated at Zamstars.

From runners to corner halves, our team is involved in the game a hundred percent always. A line up of strategists, domain experts and execution specialists, the team is well equipped to deliver a complete offering for business growth.

Zamstars is quarterbacked by Sivaram Kuppachi. With over 20 years of experience and knowledge of developing businesses in new markets, Sivaram is a true leader who executes priorities that are crucial for the enterprise. With various feathers of functional roles such as Quarterback / CEO embellishing his hat of professional excellence, Sivaram has helped streamline various businesses and provides them guidance to choose the right processes and technologies.

In Gridiron, the position of Running Back has the responsibility of advancing the game forward through the squad of defense. A position that calls for maximal energy, enthusiasm, and the zeal to achieve more.

Romi Chugh, the Running Back at Zamstars is a result-oriented marketer and the Chief-of-Staff at Zamstars. His quest for knowing more about marketing has him made a prolific marketer in the industry and he has also coined a full form for his name – rather pun intended but on a serious note, he calls it Return on Marketing Investments (RoMI). He carries the ball forward at Zamstars.

Playing the hybrid position of a Tight End and armed with strategies of devising marketing activities that boost business growth. Vaseem Ahmed heads the sales department at Zamstars. With over 20 years of experience in business operations and sales in the real estate, interiors, and insurance industry, he’s an expert in customer relationship.

The Team Manager of Zamstars, Abhijit Sengupta, heads the Operations department. A product of IIM Ahmedabad. He’s an expert in regional and national team management, P&L management, relationship building and consultative sales. He has seen 21 years of success and accomplishments across various industries.

With his long beard of wisdom and a polite character to come across, Abishek Chandran heads the creative department at Zamstars and plays the strategic position of a Punter. A filmmaker by soul and writer by heart, he has scripted various short films and is an acclaimed filmmaker and a winner of the prestigious Royal Stag ‘Large Short Film Awards’ not once but twice.

Vinodh Kumar is our very own Spiderman and plays the position of a Holder. His skills range from website development to search engine optimization and marketing. An expert in everything digital (almost).

With Vish Sivasamy, AP Sriram and Ravindra Krishnappa, there is a great cohesion of teachings and learnings with expertise in the field of change and conflict management, sales, marketing and global management and implementation. They are the Coaches providing the team with the much-needed guidance and inputs. The coaches have been instrumental in driving this team forward and clearing the roadblocks.

Wearing multiple hats and working towards achieving the same objective, Zammers are a bunch of warriors to reckon with.